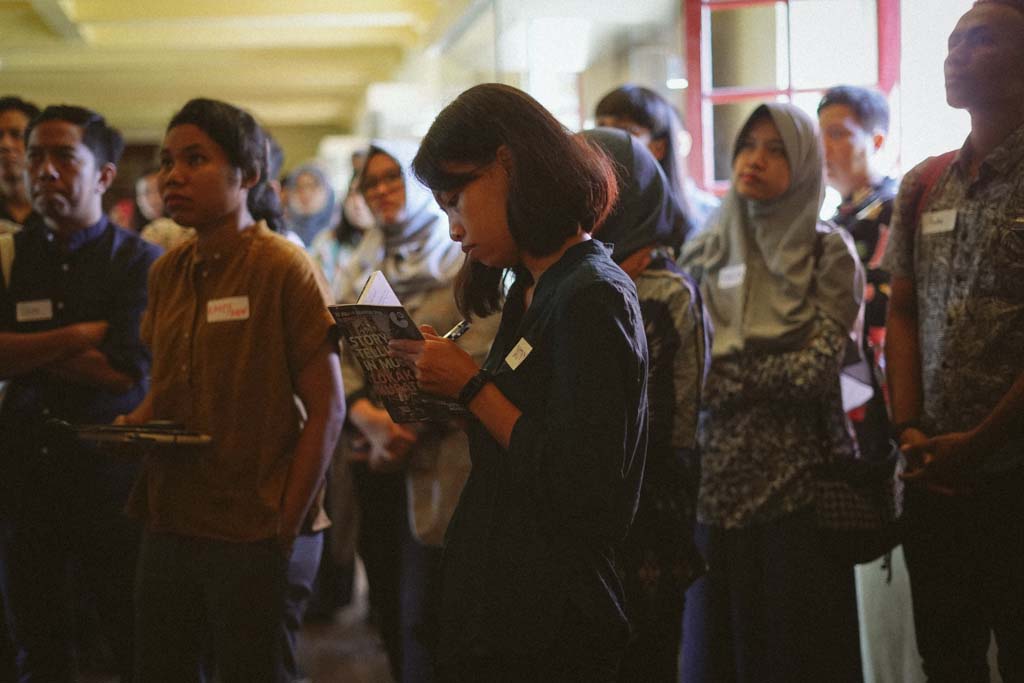 New Order regime’s influence through “Green Revolution” program demanded the presentation of  the text for the collection of Museum La Galigo which informs that sago was used as an “alternative” food for people of Sulawesi Selatan. In fact, in Luwu Regency, Sulawesi Selatan, which situated around 367 km from Makassar City, in the past, people there used sago as the staple food and as a main commodity since other parts of sago tree, such as leftover trunk, frond, and leaves, can be utilized for other purposes.

When New Order regime was implementing Repelita (Five Year Development Plan) based on RPJPT-I (Long Term Development Plan-First Phase) “Green Revolution” emerged as the dominant discourse.[1] As it developed, “…farmer and villagers’ local knowledge that previously promoted traditionality and subsistencial farming, as well as the values, norms, rules, and local social institution that guarded them got marginalized and given unimportant role…”[2] this marginalization of the locality and originality was behind the “uniformity” of staple food (rice) instead of sago or other food besides rice.

In the visiting session of participants and facilitators to Museum La Galigo at Fort Rotterdam Compoundas part of the “Storytelling in Museums-Curatorial Workshop”, visitors were lead to walk along the museum area-every room of “chapters” were visited: from the prehistoric, isolated people, agriculture, maritime, to urban chapter.

In front of 29 participants and facilitators, which most of them came from out of Sulawesi Selatan, Iwan Pirous, an anthropolog who was one of the facilitators of Storytelling in Museum, asked Anwar Jimpe Rahman, also one of the facilitators, to give information about food culture in the context of Sulawesi Selatan people. Jimpe explained that based on the research of Muhlis Hadrawi and Nuraidar Agus,[3] Sulawesi Selatan area is familiar with other food besides paddy or rice since the age of kingdoms, for example wheat referred as wetteng in lontara text, and millet referred as tiuseng.

Our trip continued into “Remote Agriculture Room” at the second floor of Museum La Galigo, where farming and harvesting tools were showcased, type of wooden mortars, main and secondary crop. A wooden mortar at the end of the room was such a sight—its long size and the five pestles rested on it, Iwan Pirous tried to interpret the social context of the object as a “noisy” object because the sound produced by the repetitive hammering down of the pestles along with the conversation between people.

“That’s where our rice came from, but there’s no information.” Whereas, “it would be better if an object could provoke the childhood memories of its visitor because we actually are alienated being living in this modern age,” said Iwan.

Various explanations came up from visiting session on the first day, especially about the presentation of the narration for the content in Museum La Galigo that wasn’t truly representing parts of Sulawesi Selatan people’s life according to the context (object of the past) and its cultural background, thus it illustrated that some of the narration were “disconnected” or perhaps omitted deliberately.

On the other side, we could see the uniformity of method in the presentation of the collection that was adopted from the influence of the New Order regime, which tends to omit narrations that represent some situation or certain context, as a result there are parts of culture that is still hidden in the presentation of museum collection. In this case, “New Order regime hasn’t really gone from storytelling in museum,” said Iwan Pirous.

“Storytelling in Museum-Curatorial Workshop” program was held in Makassar (July 29 – August 2) and took place at two locations: Benteng Ujung Pandang (Fort Rotterdam) and Museum Kota Makassar. It was a program initiated by Goethe Institute in cooperation with Makassar Biennale to be a learning and knowledge sharing space, disscussing relevant issues and challenges faced by museums in Indonesia. Such as developing strategy for engaging museum content, relevant and applicable in various aspects of identity searching. In this case, this program was focusing on disscussing various aspect of contemporary museum practices: maintaining documents and photography archives in museum, cooperation between educational institution, artworks, and various community and public expectation.

At the next sessionin the first day that took place at Fort Fotterdam’s chapel, Hendro Wiyanto elaborated about “how national art history intersecting with national history and its narration in National Gallery exhibit”, he said that when we visit an exhibition, we actually aren’t recollecting about art, instead we’re recollecting our memories about a regime.

Whereas, at the same session, Anwar Jimpe Rahman, talked about “Eastern Indonesia Art focusing on Makassar and its presentation in public”, one of his explanation was about lack of effort in recording and documentation of art in Makassar, at least for the period before 1998. Although, “records of art in Makassar are in the hands of several lecturers, we need to proactively ‘pursue them’ since most of their time are spent on theirclassroom”, said Jimpe.

At the next session, the case study sessions on the third day, participants randomlydistributedinto five groups, each group consisted of 5-6 persons. Each group must identify the problem of the casestudy given by the facilitatorsafter the field tripto Museum La Galigo and Makassar City Museum.

One of the group underlined the “narration point” presented by the La Galigo Museum and Makassar City Museum regarding ethnic differences in Sulawesi Selatan. The Torajan, Mandareese, Tionghoan, and other ethnics in Sulawesi Selatan,particularly in Makassar, appeared to be marginalized since almost none of them were mentioned in the presentation of the museum content, in term of narration and collection. While, Bugis-Makassar ethnics were dominantly mentioned, especially in La Galigo Museum. Based on both of these, we may see the presentation of narration in both of these museums only representing “big narrations”.

Various point of identificationappeared as a responseof the narration point presented by the museum, participants engaged in intense disscussion with facilitatorsand came up with one resolution “reinventing narration in museum”in order to understand certain contexts that illustrate the process of historical chapters and cultural practice of Sulawesi Selatan people. Storytelling in Museum program became an entry point for inventing new and more relevant narrationsfor museums as part of audience engagement, which in turn are vital for the sustainability of the museum.

In relation to the effort of connecting museum with its audience, it is necessary to scheme a research to further understand the museum gradually. Starting from addressing how to engage, whom to engage. Van Mesch, a Dutch scientist in museology, stated that new Museologyevolved from oneway communication method to audience engagement in the preparation of museum presentation, especially for the presentation of cultural identity of the present community, who probably do not realize the changes in their lives, material culture, or have no awareness about “traditional” and “modern”.[4]

Audience or user engagement, and the direct successor of the culture, Puawai Cairns, explained the indegenous curatorial practices done as part of her organization in New Zealand. Her points were, first, preservation of the collection and story; develop, interpret, maintain, and gather, in this context, how Maori people appreciate the object for its cultural and spritual values. Second, preparing exhibition of their collection by combining Maori mindset as an “entry point”into community to tell their stories in their own way. Third, understanding the role of the community with its story–gives them authority to narrate their own story. Fourth, to advocate those who marginalized.[]

Rafsanjani, study and work in Tanahindie. 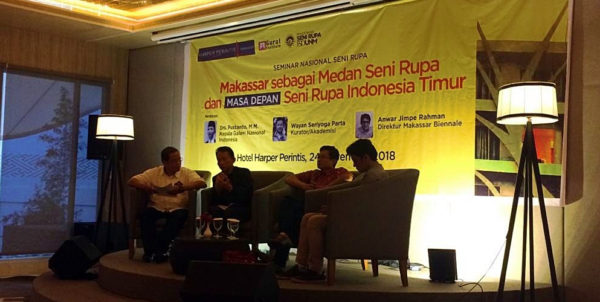 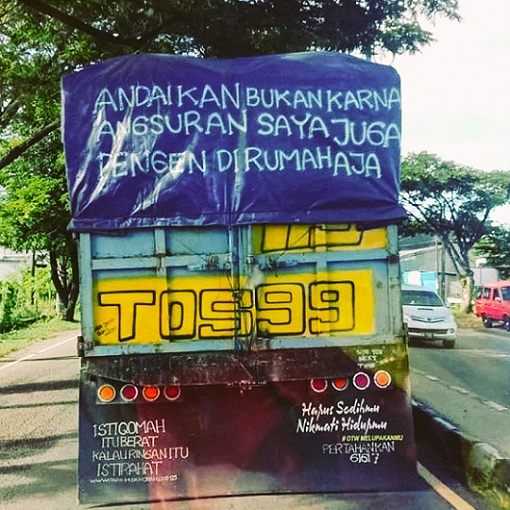 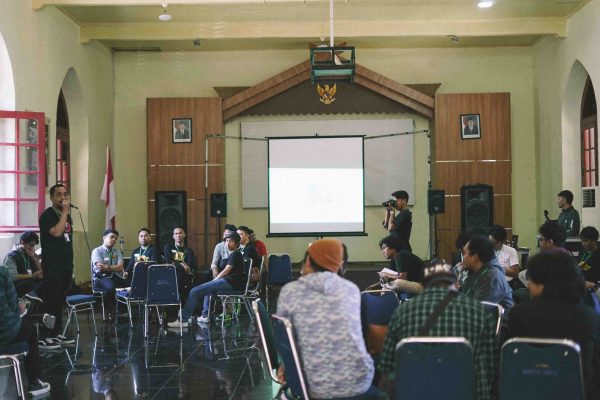 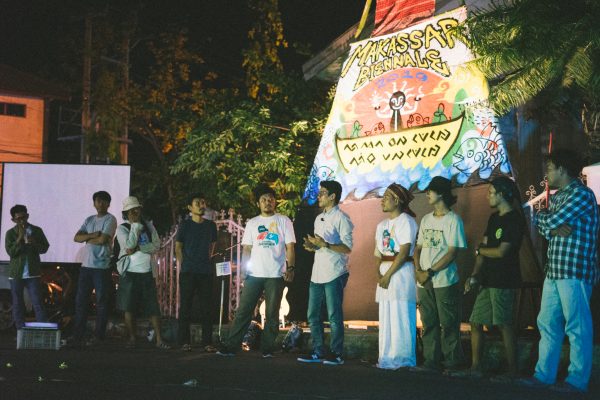